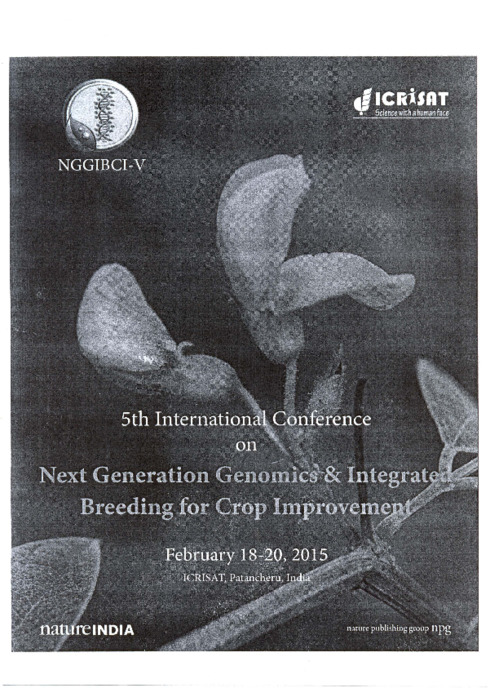 In an effort to simultaneously transfer and map the genomic regions governing resistance to late leaf spot (LLS) and rust in peanut, two susceptible varieties (lCGS 76 and OH 86) were crossed to two resistant synthetic tetraploids; an amphidiploid, ISATGR 278- 18 (Arachis duranensis x Arachis batizocoi) and an autotetraploid, ISATGR 5B (Arachis magna x Arachis batizocoi). Two cycles of backcrossing with the recurrent parents resulted in the development of a large number of introgression lines (ILs). They (BCl6 and BCl,) were evaluated during the rainy season of2013 and 2014. ILs differed significantly for LLS and rust resistance, and productivity traits. Twenty seven introgression lines superior over lCGS 76, and three ILs superior over OH 86 for pod yield were selected from respective crosses. Many of them were highly resistant to both LLS and rust. Majority of them carried resistant allele at marker loci linked to LLS and rust. A few ILs also combined high test weight, shelling percentage and sound mature kernel percentage. Of these introgression lines, eleven were also superior over GPBO 4, a national check variety. These genetic resources can be of immense use in peanut breeding or for commercialization.