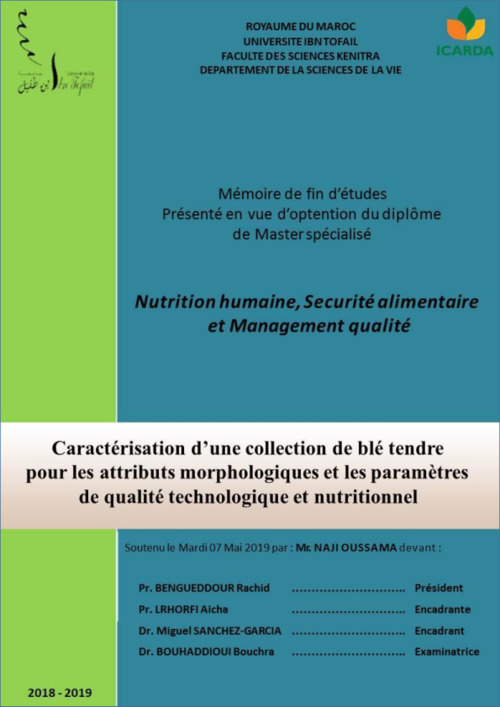 Cereals are considered as an important food source in human nutrition because of their nutritional values. In addition, wheat is the main national and international cereal crop, including bread wheat, which is widely used in the agri-food industries. The objective of this work is to perform a morphological., technological and nutritional characterization in 236 samples from a collection of bread wheat grown in two different stations of the Moroccan territory (Annoceur and Merchouch), to evaluate the diversity between the genotypes studied, as well as to determine possible correlations between the parameters studied in this collection, in order to study the difference of its behavior in the two environments. The results obtained from the analysis of the variance showed significant effects of the genetic effect vis-à-vis the morphological parameters and the mineral elements studied. On the other hand, certain technological traits have been significantly affected by the environment or genetics, while the others are affected by the genetic and environmental effect. In addition, the effect of the G * E interaction was observed in all three types of parameters (morphological., technological and mineral). The correlation study between the different parameters revealed the presence of positive and significant correlation between some of these parameters and a negative and significant correlation between others.