Do households that sell their surplus maize reinvest in improved maize seed? Case of southern Africa 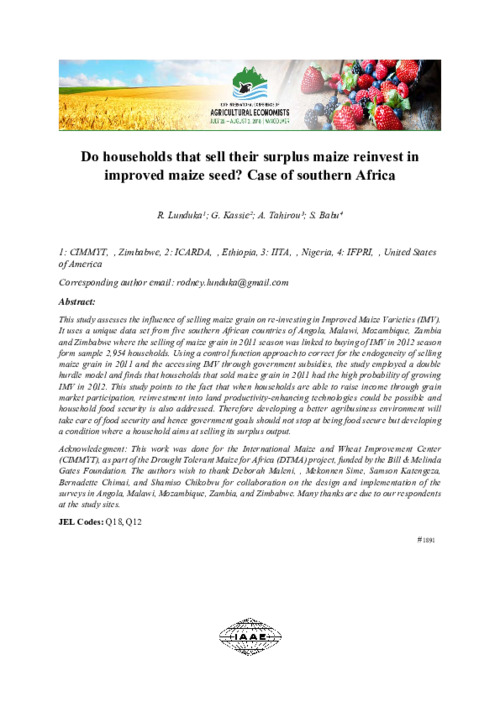 This study assesses the influence of selling maize grain on re-investing in Improved Maize Varieties (IMV). It uses a unique data set from five southern African countries of Angola, Malawi, Mozambique, Zambia and Zimbabwe where the selling of maize grain in 2011 season was linked to buying of IMV in 2012 season form sample 2,954 households. Using a control function approach to correct for the endogeneity of selling maize grain in 2011 and the accessing IMV through government subsidies, the study employed a double hurdle model and finds that households that sold maize grain in 2011 had the high probability of growing IMV in 2012. This study points to the fact that when households are able to raise income through grain market participation, reinvestment into land productivity-enhancing technologies could be possible and household food security is also addressed. Therefore developing a better agribusiness environment will take care of food security and hence government goals should not stop at being food secure but developing a condition where a household aims at selling its surplus output.