Effect of irrigation and nitrogen application on water productivity and performance of Cotton (Gossypium sp.) 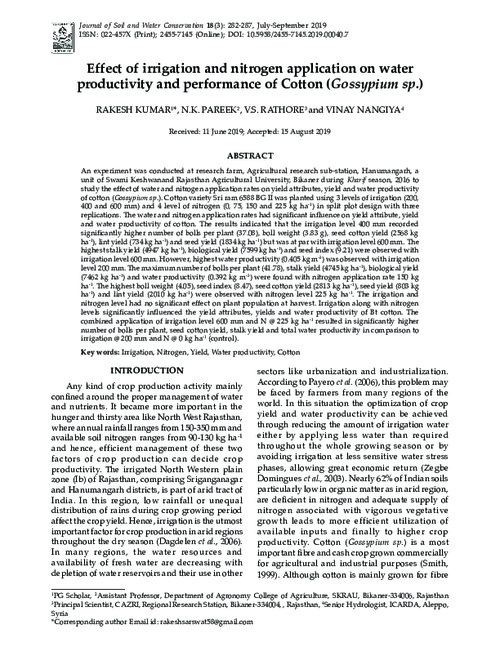