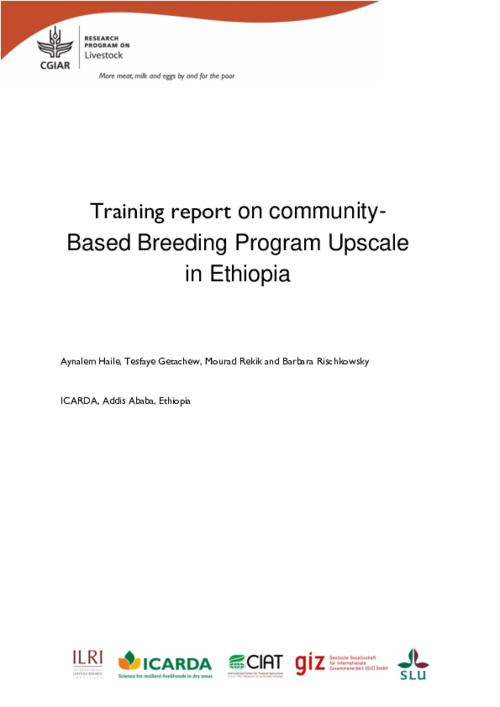 In developed countries and in high input animal production systems, animal breeding has been traditionally supported by the state and implemented by well-organized national breeding programs. Data recording, provision of the recorded data to a data processing center, estimation of breeding values with complex statistical methods and central decisions about the use of male breeding animals are important elements of such breeding programs. In developing countries, the required supportive infrastructure is largely unavailable, so attempts to replicate ‘developed-country’ approaches have met with little success (Kosgey et al., 2006). The most common approach implemented in many developing countries, has been centralized breeding schemes, entirely managed and controlled by governments – with minimal, if any, participation by farmers (Haile et al., 2018). These centralized schemes, usually a nucleus breeding unit, established at a central station were run by a governmental organization attempting to undertake all or part of the complex processes and breeding strategy roles including data recording, genetic evaluation, selection, delivery of genetic change, and feedback to farmers. Although well intended, these centralized schemes failed to sustainably provide the desired genetic improvements to smallholders (continuous provision of a sufficient number and quality of improved males) and also failed to engage the participation of the end-users in the process. Another widely followed strategy has been importing improved commercial breeds in the form of live animals, semen, or embryos. These are usually crossbred with the local and ‘less productive’ breeds to upgrade them, but in most cases, it is done without sufficient pretesting of the suitability and adaptability of the exotic breeds and their resulting crosses to local production systems or conditions and without a clear strategy what the final genotype would be. Where indiscriminate crossbreeding with the local populations has been practiced, genetic erosion of these local populations and breeds has occurred. An alternative approach is a community-based breeding program (CBBP). Programs that adopt this strategy consider the farmers’ needs, views, decisions, and active participation, from inception through to implementation, and their success is based upon proper consideration of farmers’ breeding objectives, infrastructure, participation, and ownership (Sölkner et al., 1998; Wurzinger et al., 2011; Mueller et al., 2015; Haile et al., 2018).