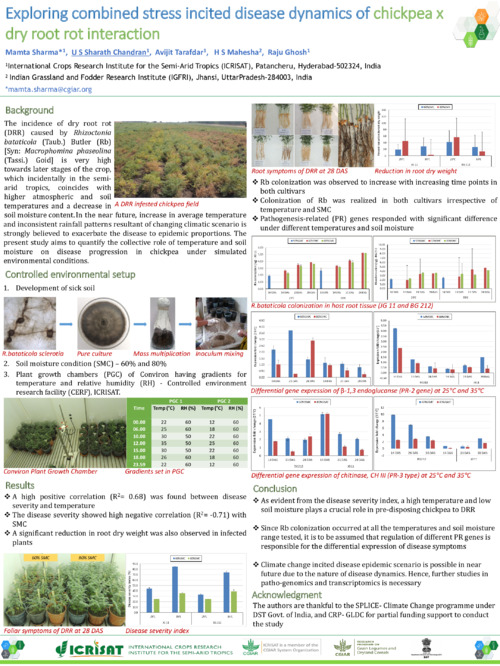 The incidence of dry root rot (DRR) caused by Rhizoctonia bataticola (Taub.) Butler (Rb) [Syn: Macrophomina phaseolina (Tassi.) Goid] is very high towards later stages of the crop, which incidentally in the semiarid tropics, coincides with higher atmospheric and soil temperatures and a decrease in soil moisture content.In the near future, increase in average temperature and inconsistent rainfall patterns resultant of changing climatic scenario is strongly believed to exacerbate the disease to epidemic proportions. The present study aims to quantify the collective role of temperature and soil moisture on disease progression in chickpea under simulated environmental conditions.