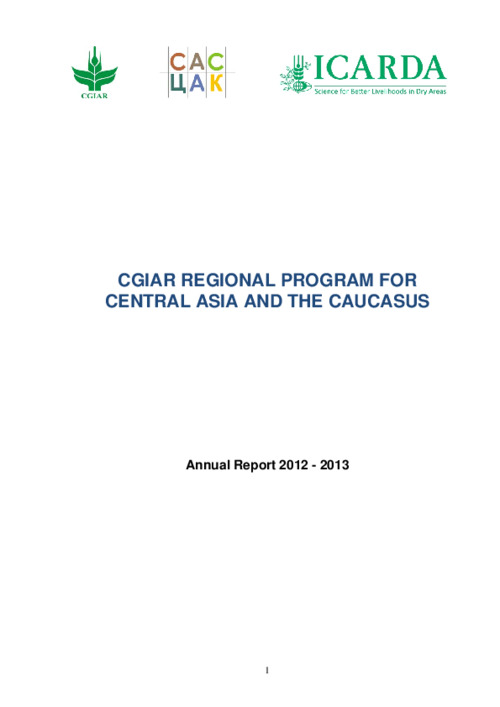 In 2012‐2013 researchers evaluated a number of improved breeding lines and out‐scaled selected varieties of wheat, potato, vegetables, and food legumes. A number of new crop varieties were also released. For instance, chickpea variety 'Aragvi' and lentil variety 'Tsilkani' in Georgia, and chickpea varieties 'Karin', 'Sipan' and 'Arpi' in Armenia were released. Three winter wheat varieties 'Hazrati Bashir', 'Elomon' and 'Gozgon' were given the status of prospective varieties in Uzbekistan. Large‐scale seed multiplication of these three varieties is under way. What is more, farmers are also involved in seed production of these varieties. Many high‐yielding winter wheat lines with resistance to yellow rust were identified through collaborative research involving ICARDA, CIMMYT and the International Winter Wheat Improvement Program (IWWIP). Results of studies in 2013 at three sites in Uzbekistan showed that there were several yellow‐rust‐resistant lines that produced significantly higher grain yields than the local checks.