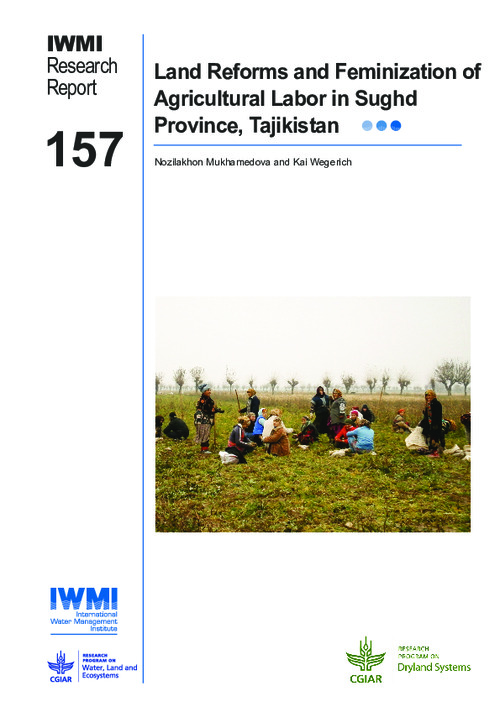 After independence from the Soviet Union, Tajikistan suffered not only from the shock of the suspension of economic support from the Soviet Union but also from a five-year civil war. These political upheavals have increased the importance of the agriculture sector. Since independence Tajikistan has introduced policy changes to the ownership and management of agricultural land. Despite the rising importance of agriculture for the weakened economy, the rural areas have experienced a tremendous out-migration, particularly of men, followed by feminization of poverty, and women taking over most of the agricultural jobs. The report analyzes the context of agrarian transformations with a detailed case study of farming systems, in the context of socioeconomic changes, institutional reforms and male out-migration in Tajikistan