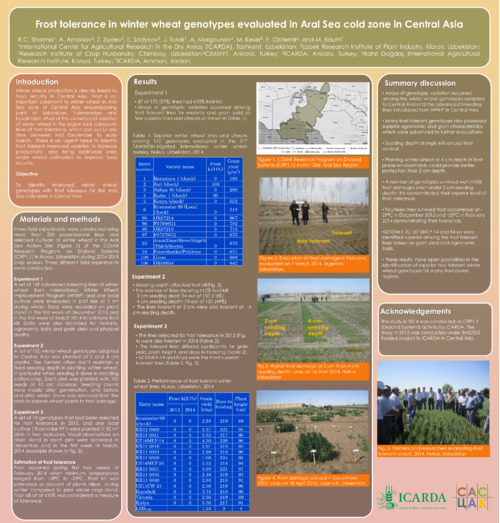 Winter wheat production is directly linked to food security in Central Asia. Frost is an important constraint to winter wheat in Aral Sea zone of Central Asia encompassing parts of Uzbekistan, Turkmenistan and Kazakhstan. Most of the commercial varieties of winter wheat in the region lack adequate level of frost tolerance, which can occur any time between mid December to early March. There is an urgent need to identify frost tolerant improved varieties to increase productivity, and bring additional area under wheat cultivation to improve food security.