Monitoring water use in agricultural fields of Saudi Arabia 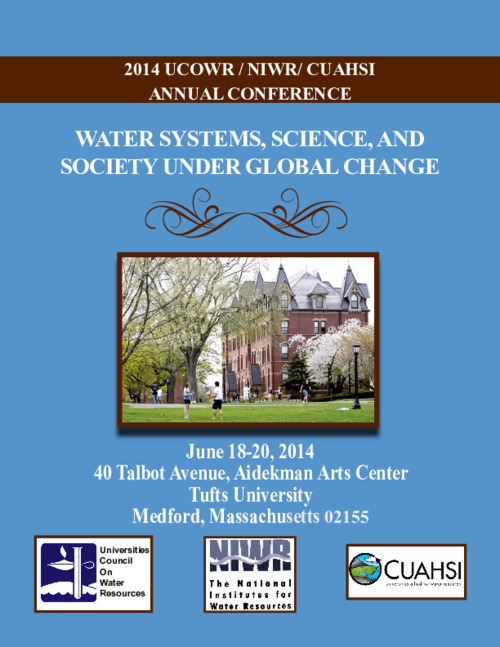 With growing population, urbanization and irrigated agriculture, water shortages are increasing in arid regions. In 2012, freshwater consumption for the agricultural sector in Saudi Arabia was estimated at 86%. Accurate evapotranspiration (ET) data are crucial for crop water management, especially in hyper arid regions like Saudi Arabia with scarce fresh water resources. In this study, ET of agricultural fields located in the Eastern Province of Saudi Arabia, was monitored using Eddy Covariance (EC) and a dualbeam Surface Layer Scintillometer (SLS) system. Both EC and SLS systems were installed in a 50 ha alfalfa centre pivot field that lies within latitudes 24º10’22.77” and 24º12’37.25” N and within longitudes 47º56’14.60” and 48º05’08.56” E. Field measurements were made between June and October 2013. Point and path-weighted measurements were made by EC and SLS systems, respectively. Measurements were made at a frequency of 1 Hz and 10 Hz and subsequent calculations were made every 30 and 10 minutes with EC and SLS, respectively. The measurements with EC were made at a height of 3.5 m from the soil surface along with bio-met sensors (Self-Calibrating Soil Heat Flux Plates, soil moisture probe, net radiometer etc,). While, SLS measurements were made on a path length of 150 m and a measurement height of 2 m. ET values ranged between 0.05 to 17.81 mm/day for the EC and SLS methods. Much of the variability was attributed to the differences in footprints which contribute to the measurement differences between the two methods of ET measurements.