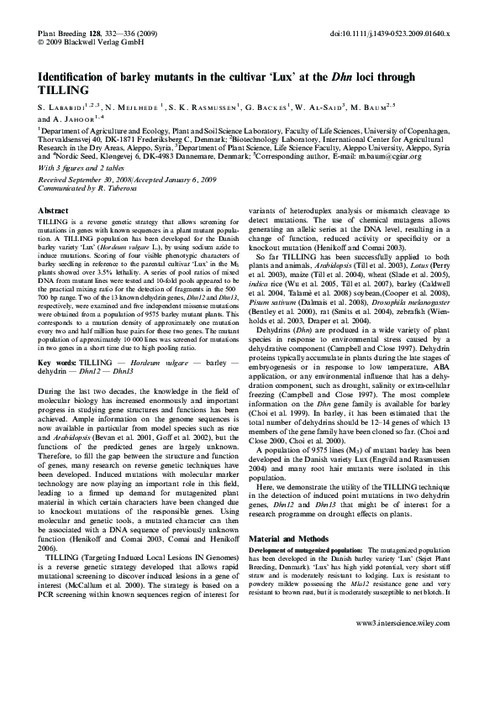 TILLING is a reverse genetic strategy that allows screening for mutations in genes with known sequences in a plant mutant population. A TILLING population has been developed for the Danish barley variety 'Lux' (Hordeum vulgare L.), by using sodium azide to induce mutations. Scoring of four visible phenotypic characters of barley seedling in reference to the parental cultivar 'Lux' in the M-3 plants showed over 3.5% lethality. A series of pool ratios of mixed DNA from mutant lines were tested and 10-fold pools appeared to be the practical mixing ratio for the detection of fragments in the 500-700 bp range. Two of the 13 known dehydrin genes, Dhn12 and Dhn13, respectively, were examined and five independent missense mutations were obtained from a population of 9575 barley mutant plants. This corresponds to a mutation density of approximately one mutation every two and half million base pairs for these two genes. The mutant population of approximately 10 000 lines was screened for mutations in two genes in a short time due to high pooling ratio.