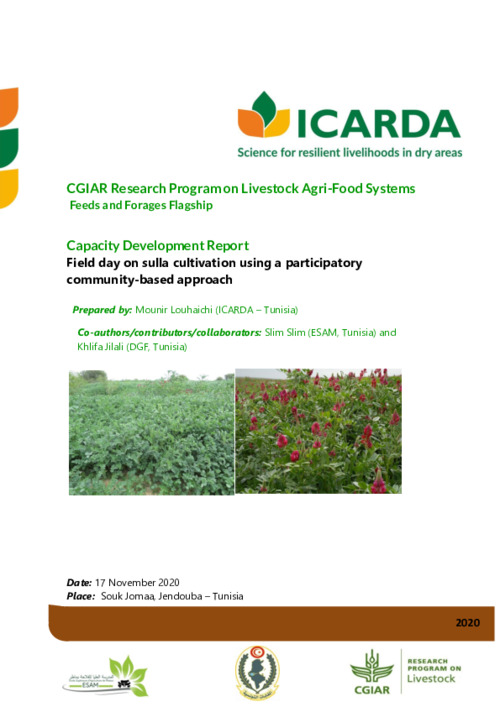 One of the activities planned under the CRP Livestock is to assist the local population through the introduction of native forage species, sulla (Hedysarum coronarium), and its cultivation in the cropping systems. The local population in Jandouba has previous knowledge of sulla cultivation and recognize that it is ideal for animal feeding (sheep, goat and cattle) and for soil protection (reinforcement in organic matter and protection against water erosion). However, farmers appear to totally ignore its exploitation and its conservation. The major problem encountered is the unavailability of sulla seeds in the market, which reduces the overall cultivation of sulla in the region. Thus, A total of 100 farmers from Jandouba community benefited from the field day conducted on the importance of forage legume, Sulla (Hedysarum coronarium) cultivation and to distribute sulla seeds to farmers. A sulla cultivation flyer in Arabic language was distributed to the participants.