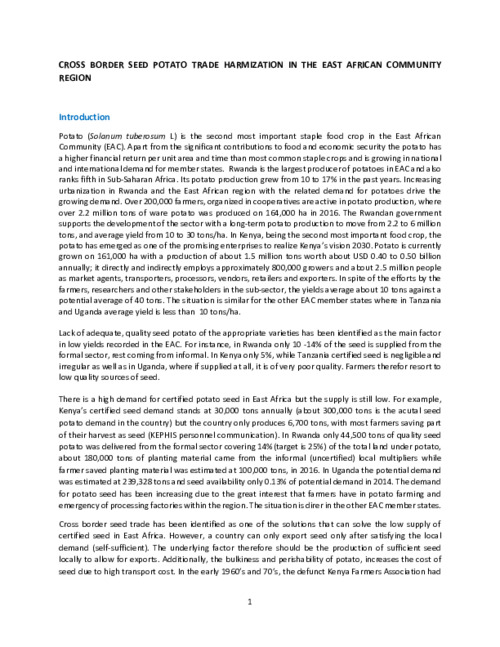 To progress the gains, development and implementation of binding EAC seed standards was proposed as a key enabler for regional seed movement. With the support from CIP and GIZ, EAC seed standards for Potato were developed, while the International Finance Corporation of World Bank supported standards for Maize, Sorghum, Sunflower, soybean and groundnut, which were approved and published in 2014. These six were later adopted as EAC standards and domesticated at the national level of the 5 member states as required. Implementation has however been low due to lack of infrastructure, few or no skilled personnel, lack of independent certification institutions, lack of funds to support the processes, mistrust among the institutions and lack of political will from government actors to support the changes. Overcoming these shortcomings will greatly enhance seed availability and movement.