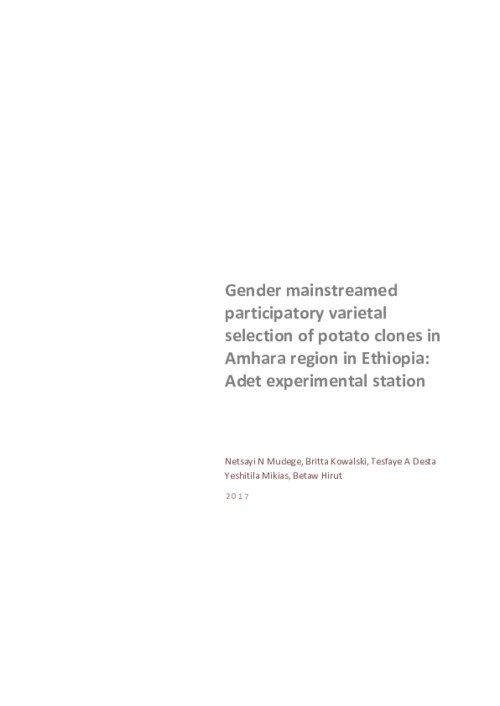 This paper is based on data collected during a participatory varietal selection activity carried out at Adet Agricultural Research Center experimental station in Amhara in Ethiopia. A gender mainstreamed participatory varietal selection method was used to evaluate potato clones cultivated on the station. This method was selected in order to understand the male and the female farmers’ trait preferences so that they could be incorporated into the potato breeding program in Ethiopia, as well as to ensure that the genotypes promoted for official release were accepted by male and female farmers.