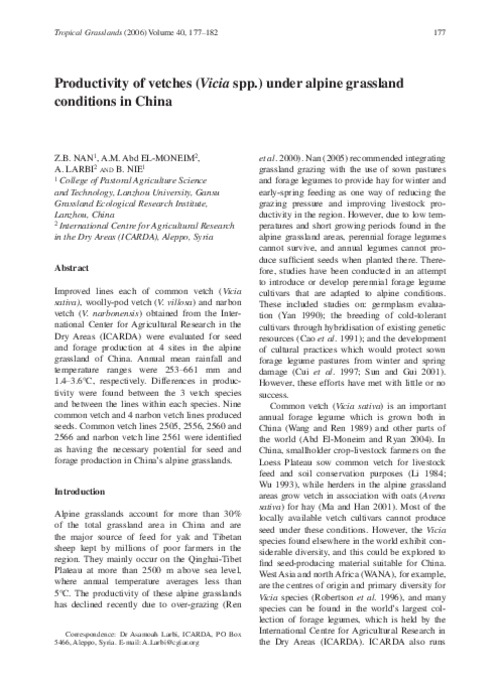 Improved lines each of common vetch (Vicia sativa), woolly-pod vetch (V. villosa) and narbon vetch (V. narbonensis) obtained from the International Center for Agricultural Research in the Dry Areas (ICARDA) were evaluated for seed and forage production at 4 sites in the alpine grassland of China. Annual mean rainfall and temperature ranges were 253–661 mm and 1.4–3.6°C, respectively. Differences in productivity were found between the 3 vetch species and between the lines within each species. Nine common vetch and 4 narbon vetch lines produced seeds. Common vetch lines 2505, 2556, 2560 and 2566 and narbon vetch line 2561 were identified as having the necessary potential for seed and forage production in China’s alpine grasslands.