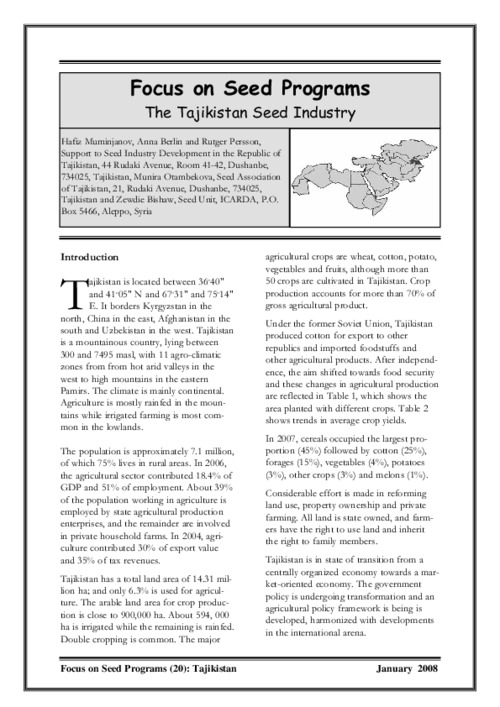 Tajikistan is located between 36o40" and 41o05" N and 67o31" and 75o14" E. It borders Kyrgyzstan in the north, China in the east, Afghanistan in the south and Uzbekistan in the west. Tajikistan is a mountainous country, lying between 300 and 7495 masl, with 11 agro-climatic zones from from hot arid valleys in the west to high mountains in the eastern Pamirs. The climate is mainly continental. Agriculture is mostly rainfed in the mountains while irrigated farming is most common in the lowlands.