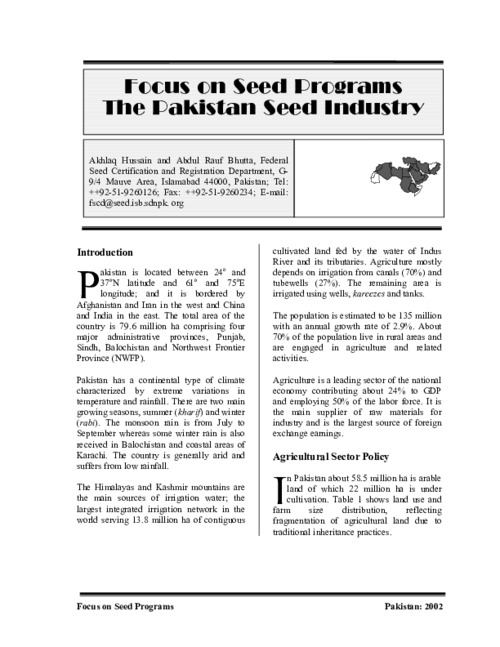 Pakistan is located between 24o and 37oN latitude and 61o and 75oE longitude; and it is bordered by Afghanistan and Iran in the west and China and India in the east. The total area of the country is 79.6 million ha comprising four major administrative provinces, Punjab, Sindh, Balochistan and Northwest Frontier Province (NWFP). Pakistan has a continental type of climate characterized by extreme variations in temperature and rainfall. There are two main growing seasons, summer (kharif) and winter (rabi). The monsoon rain is from July to September whereas some winter rain is also received in Balochistan and coastal areas of Karachi. The country is generally arid and suffers from low rainfall.