Focus on Seed Programs The Seed Industry in Oman 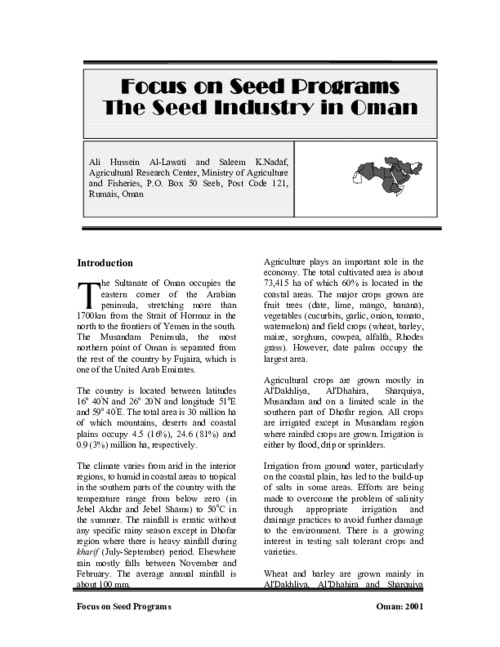 The Sultanate of Oman occupies the eastern corner of the Arabian peninsula, stretching more than 1700km from the Strait of Hormuz in the north to the frontiers of Yemen in the south. The Musandam Peninsula, the most northern point of Oman is separated from the rest of the country by Fujaira, which is one of the United Arab Emirates. The country is located between latitudes 16o 40’N and 26o 20’N and longitude 51oE and 59o 40’E. The total area is 30 million ha of which mountains, deserts and coastal plains occupy 4.5 (16%), 24.6 (81%) and 0.9 (3%) million ha, respectively.