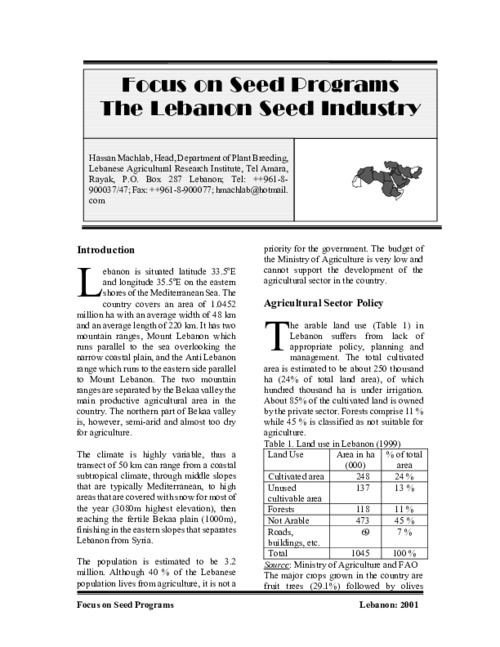 Lebanon is situated latitude 33.5oE and longitude 35.5oE on the eastern shores of the Mediterranean Sea. The country covers an area of 1.0452 million ha with an average width of 48 km and an average length of 220 km. It has two mountain ranges, Mount Lebanon which runs parallel to the sea overlooking the narrow coastal plain, and the Anti Lebanon range which runs to the eastern side parallel to Mount Lebanon. The two mountain ranges are separated by the Bekaa valley the main productive agricultural area in the country. The northern part of Bekaa valley is, however, semi-arid and almost too dry for agriculture.