Focus on Seed Programs The Seed Industry in Iraq 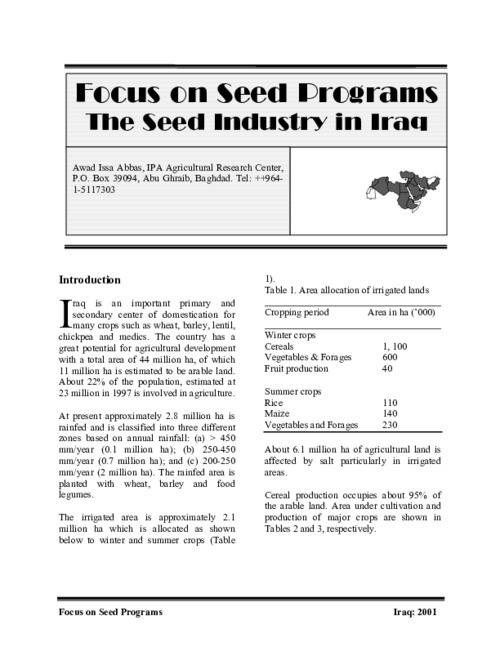 Iraq is an important primary and secondary center of domestication for many crops such as wheat, barley, lentil, chickpea and medics. The country has a great potential for agricultural development with a total area of 44 million ha, of which 11 million ha is estimated to be arable land. About 22% of the population, estimated at 23 million in 1997 is involved in agriculture. At present approximately 2.8 million ha is rainfed and is classified into three different zones based on annual rainfall: (a) > 450 mm/year (0.1 million ha); (b) 250-450 mm/year (0.7 million ha); and (c) 200-250 mm/year (2 million ha). The rainfed area is planted with wheat, barley and food legumes.