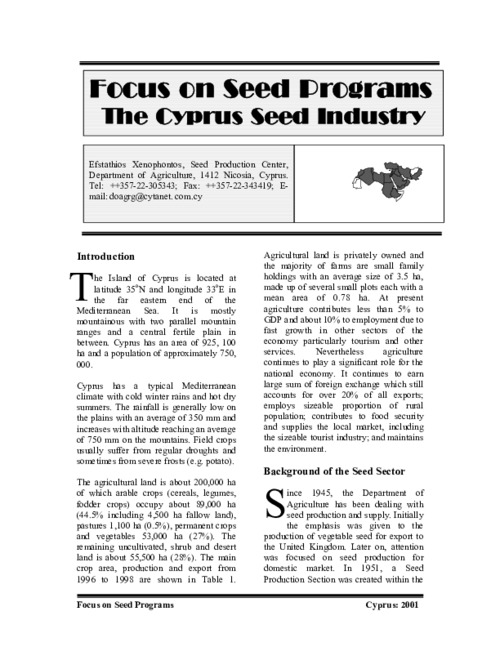 The Island of Cyprus is located at latitude 35oN and longitude 33oE in the far eastern end of the Mediterranean Sea. It is mostly mountainous with two parallel mountain ranges and a central fertile plain in between. Cyprus has an area of 925, 100 ha and a population of approximately 750, 000. Cyprus has a typical Mediterranean climate with cold winter rains and hot dry summers. The rainfall is generally low on the plains with an average of 350 mm and increases with altitude reaching an average of 750 mm on the mountains. Field crops usually suffer from regular droughts and sometimes from severe frosts (e.g. potato).