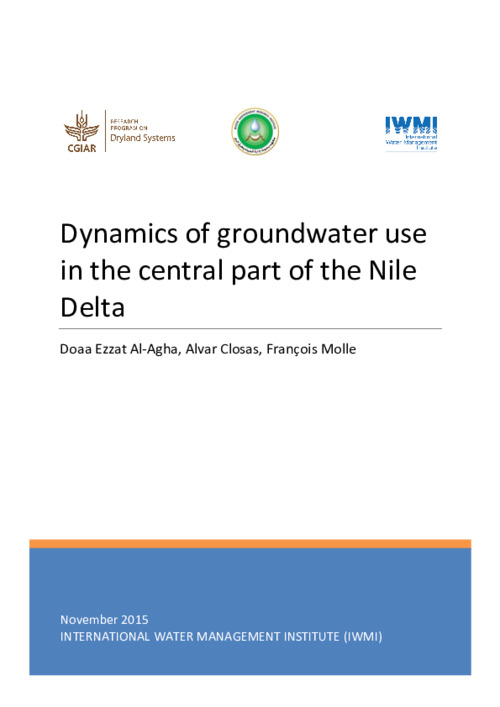 Doaa Ezzat Zaki El-Agha. (8/11/2015). Dynamics of groundwater use in the central part of the Nile Delta.

The increasing demand for water resources along with the degradation of water quality due to urbanization in the Nile Delta have put enormous pressure on water resources management. The Nile delta aquifer is one of the largest aquifers in Egypt, recharged mainly from the irrigation network that feeds from the Nile river branches (Figure 1). The National Water Resources Plan for Egypt 2017 indicated that the abstraction from the Nile Delta aquifer already exceeds its safe yield (MWRI, 2005). However, accurate data about current groundwater abstraction levels in the Nile Delta is lacking and there are ample contradictions regarding the total irrigated area with groundwater in the published data (El-Agha et al. 2015). An explanatory study carried out by El-Agha et al. (2015) shed light on the dynamics of groundwater use expansion in the central part of the Nile Delta and discussed its drivers, the social arrangements around investments in wells and their management as well as economic aspects. A focus area in the central Nile Delta was selected in this study to further examine this phenomenon and better understand the impact of well development on irrigation management as a whole, estimate the variability of well density over the study area, measure groundwater salinity to observe its spatial variability, and discuss legal issues concerning its regulation.