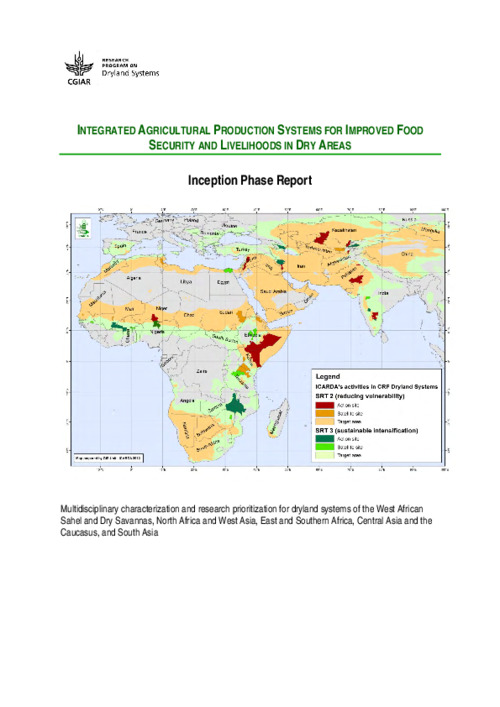 This report is the product of months of intensive groundwork that culminated in five regional inception workshops in which hundreds of scientists participated during an 11-month inception phase of the CGIAR Research Program on “Integrated Agricultural Production Systems for Improved Food Security and Livelihoods in Dry Areas” (“Dryland Systems”). Some US$10 million were invested in selecting and characterizing five target regions among the world’s dry areas, and in creating targeted impact pathways to development using hypothesis-driven research. Inevitably, information from the five regions was imperfect, incomplete, and inconsistently gathered and reported. The objective of this report is to summarize over 800 pages of characterization data and research planning in a standardized format that allows readers to compare and contrast characteristics among the areas in a way that has not previously been done. The report does not seek to disguise gaps or inconsistencies in site characterization, planning methodologies, and resulting priorities among regions.