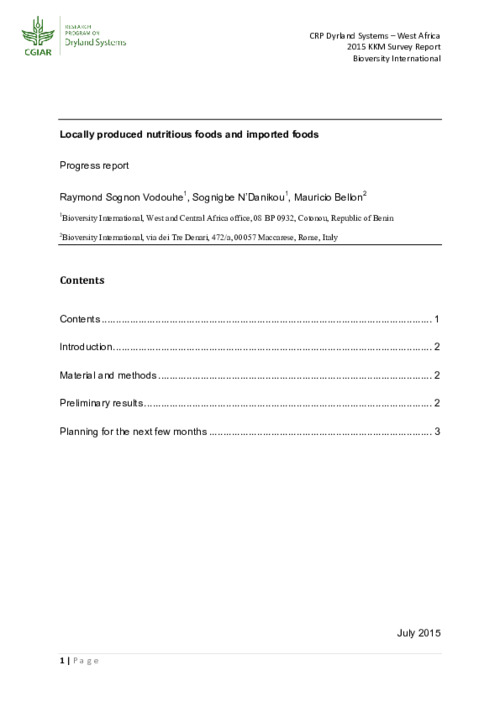 In West Africa, many households relied on traditional locally produced foods to reach household food and nutrition security. With the increased access to market, a number of imported foods become available to the community households in some areas. However, accessibility to these imported foods, although they play a key role in bridging the gap during the lean seasons, they may not available and accessible to all the rural poor households. In some locations women had to rely on wild-harvested food products. For instance, due to less stable land tenure and small farm size, many wild species are the primary source of income and food for women and their families in the dry areas. The iconic shea tree (Vitellaria paradoxa) of the West African savannah for example, forms part of a complex women-led value chain that reaches both local and foreign markets as chocolate, cosmetics and other uses. The surveys being conducted in the Kano-Katsina-Maradi transect in the framework of the Drylands CRP aimed to assess the diversity of locally produced nutritious foods and imported foods, their abundance, the levels of use, the temporal availability across the year in dry areas, and the perceived nutritional values to rural communities. The current progress report presents some preliminary results and the planned activities for the next few months.