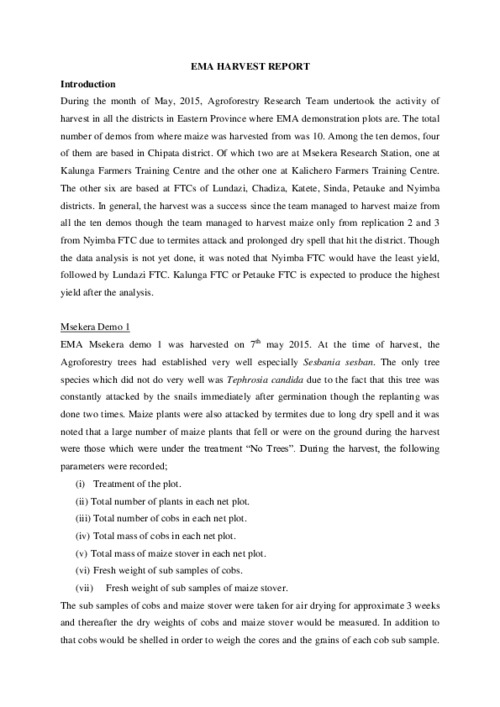 During the month of May, 2015, Agroforestry Research Team undertook the activity of harvest in all the districts in Eastern Province where EMA demonstration plots are. The total number of demos from where maize was harvested from was 10. Among the ten demos, four of them are based in Chipata district. Of which two are at Msekera Research Station, one at Kalunga Farmers Training Centre and the other one at Kalichero Farmers Training Centre. The other six are based at FTCs of Lundazi, Chadiza, Katete, Sinda, Petauke and Nyimba districts. In general, the harvest was a success since the team managed to harvest maize from all the ten demos though the team managed to harvest maize only from replication 2 and 3 from Nyimba FTC due to termites attack and prolonged dry spell that hit the district. Though the data analysis is not yet done, it was noted that Nyimba FTC would have the least yield, followed by Lundazi FTC. Kalunga FTC or Petauke FTC is expected to produce the highest yield after the analysis.