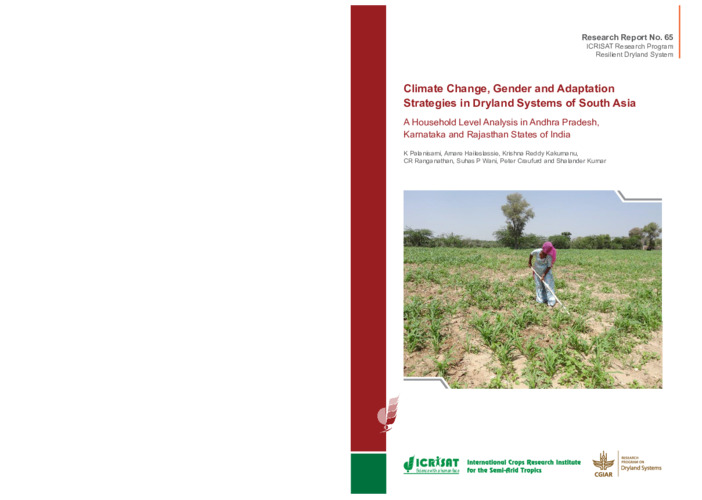 There is a blossoming literature on gender and climate change issues broadly focused on the adverse effects of climate condition. These studies are mostly focused on gender inequalities in agrarian communities of developing countries where the dependence on climatic conditions for living is more apparent. Frequently, the issues of climate change, poverty, gender and economic empowerment are addressed as the most prominent in developing regions. In some cases, the studies narrow down the focus to specific weather events like droughts, floods or natural disasters in rural communities. The agrarian communities of backward areas in South Asia are some of the representative examples which are frequently presented in climate change and gender studies. A special emphasis is given on the gender factor in India as a determinant for unequal distribution of climate change impacts both on household and community. However, a quantitative research on role of gender in climate change and livelihoods in rural India is often missing. Therefore, we conducted a quantitative research in India to understand the role of gender in the current and anticipated climate change impacts. The main objective of the study was to investigate the linkages between gender and climate change. More specifically the study focused on gender-wise perceptions of climate change, understanding coping strategies followed by gender, participation of gender in decision-making and vulnerability of male and female households to the poverty. The analysis was carried out during 2012-13 based on a survey of 1019 randomly sampled households in six districts of Andhra Pradesh (Anantapur and Kurnool), Karnataka (Bijapur), and western Rajasthan (Jaisalmer, Barmer and Jodhpur) as action sites. The results showed that most of the households had encountered more than one shock and drought was the most severe shock encountered by males and females in all three states/regions followed by irregular weather in Andhra Pradesh and untimely rains in Karnataka. Hailstorm was also a major shock encountered in Rajasthan. It was also found that the male and female households had same level of perception of drought, flood, animal disease and temperature fluctuations. The percentages of female households who observed these shocks were more than those of male households.