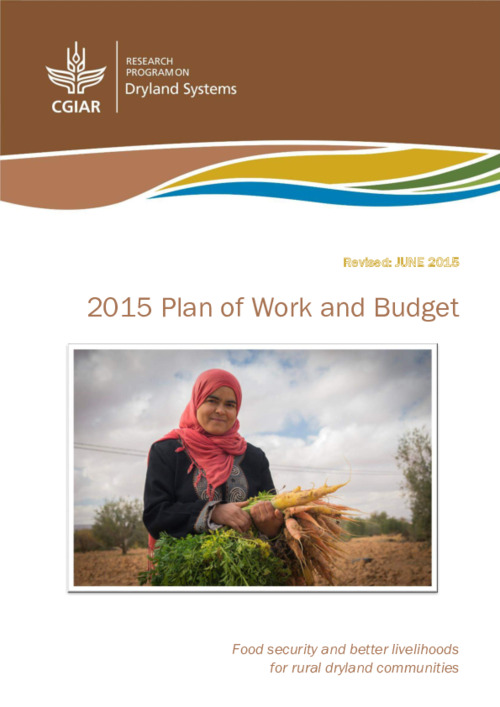 The 2015 Plan of Work and Budget (POWB2015) of the CGIAR Research Program (CRP) on Dryland Systems (hereinafter referred to as Dryland Systems) was designed against a moving background of financial constraints that have seen the intended W1+2 budget fall from $17.0 million as envisioned at the start to 2014 to $10.3 million as determined by the Fund Council (FC) in November 2014. In addition, a 19% budget cut of W1+2 in early 2015 leaving the Program Director and Program Management Unit (PMU) with $ 8.6 million to deliver outcomes and impact committed in the program proposal. Furthermore, the extension proposal submitted in April 2014 was rejected with commentaries from CGIAR’s Independent Science and Partnership Council (ISPC) and instructions from the FC and Consortium Board (CB) to: 1) implement major changes in the governance and management of the CRP and 2) establish an Independent Task Force (TF) whose main objective is to help improve the performance of the program during the extension, via identification of Mission Critical Areas for Drylands, and help develop a proposal for the 2nd call.