Will a radical farming shift save drought-stricken Zimbabwe? A call for climate-smart action 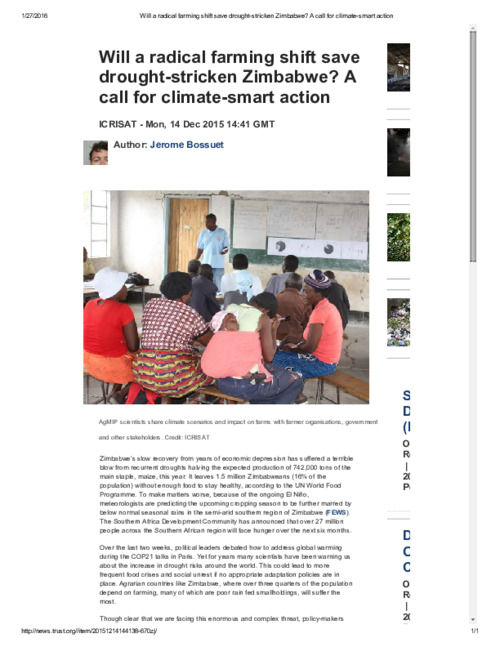 Zimbabwe’s slow recovery from years of economic depression has suffered a terrible blow from recurrent droughts halving the expected production of 742,000 tons of the main staple, maize, this year. It leaves 1.5 million Zimbabweans (16% of the population) without enough food to stay healthy, according to the UN World Food Programme. To make matters worse, because of the ongoing El Niño, meteorologists are predicting the upcoming cropping season to be further marred by below normal seasonal rains in the semi-arid southern region of Zimbabwe (FEWS). The Southern Africa Development Community has announced that over 27 million people across the Southern African region will face hunger over the next six months.