What do we mean by ‘women’s crops’? Commercialisation, gender, and the power to name 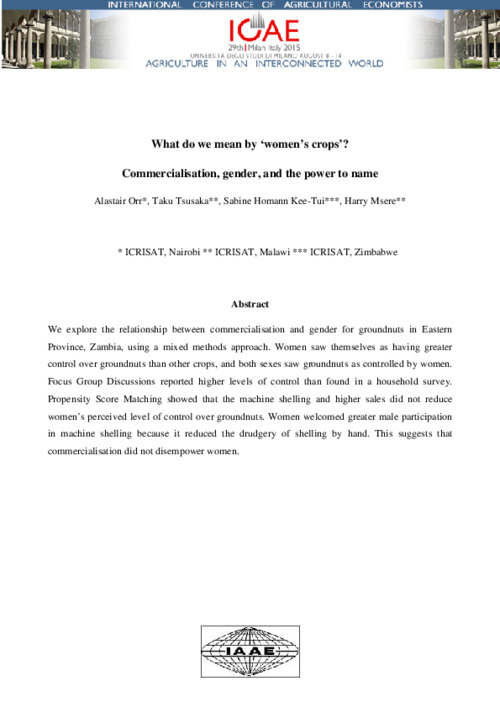 We explore the relationship between commercialisation and gender for groundnuts in Eastern Province, Zambia, using a mixed methods approach. Women saw themselves as having greater control over groundnuts than other crops, and both sexes saw groundnuts as controlled by women. Focus Group Discussions reported higher levels of control than found in a household survey. Propensity Score Matching showed that the machine shelling and higher sales did not reduce women’s perceived level of control over groundnuts. Women welcomed greater male participation in machine shelling because it reduced the drudgery of shelling by hand. This suggests that commercialisation did not disempower women.