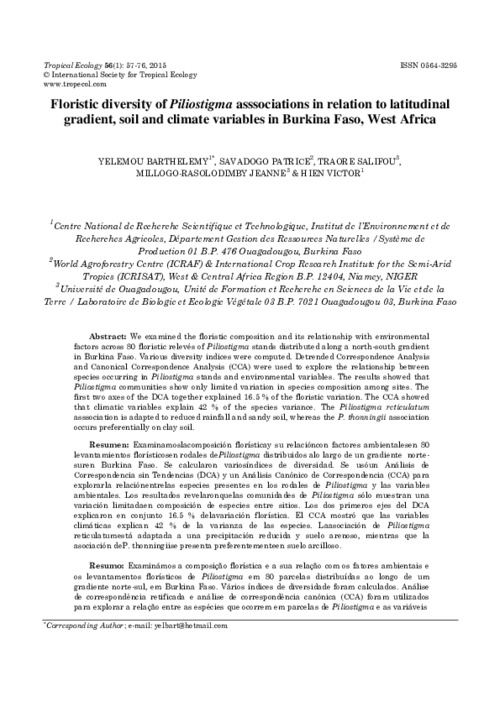 We examined the floristic composition and its relationship with environmental factors across 80 floristic relevés of Piliostigma stands distributed along a north-south gradient in Burkina Faso. Various diversity indices were computed. Detrended Correspondence Analysis and Canonical Correspondence Analysis (CCA) were used to explore the relationship between species occurring in Piliostigma stands and environmental variables. The results showed that Piliostigma communities show only limited variation in species composition among sites. The first two axes of the DCA together explained 16.5 % of the floristic variation. The CCA showed that climatic variables explain 42 % of the species variance. The Piliostigma reticulatum asssociation is adapted to reduced rainfall and sandy soil, whereas the P. thonningii association occurs preferentially on clay soil.