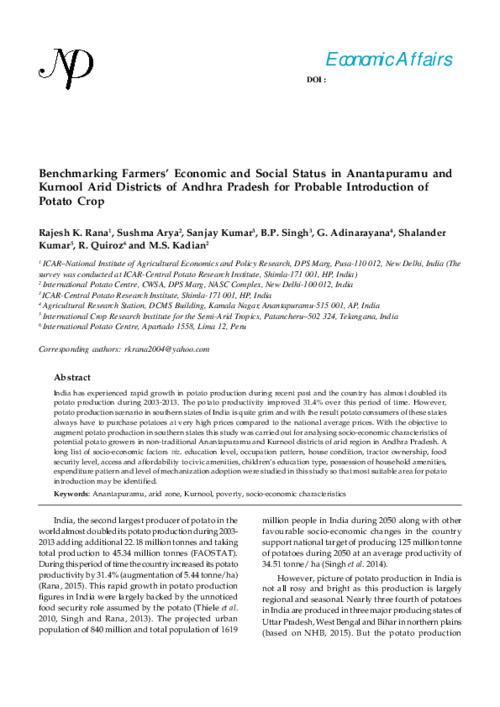 India has experienced rapid growth in potato production during recent past and the country has almost doubled its potato production during 2003-2013. The potato productivity improved 31.4% over this period of time. However, potato production scenario in southern states of India is quite grim and with the result potato consumers of these states always have to purchase potatoes at very high prices compared to the national average prices. With the objective to augment potato production in southern states this study was carried out for analysing socio-economic characteristics of potential potato growers in non-traditional Anantapuramu and Kurnool districts of arid region in Andhra Pradesh. A long list of socio-economic factors viz. education level, occupation pattern, house condition, tractor ownership, food security level, access and affordability to civic amenities, children’s education type, possession of household amenities, expenditure pattern and level of mechanization adoption were studied in this study so that most suitable area for potato introduction may be identified.