Measurement of Total Factor Productivity and its Determinants: Case of Wheat Sector in Tunisia 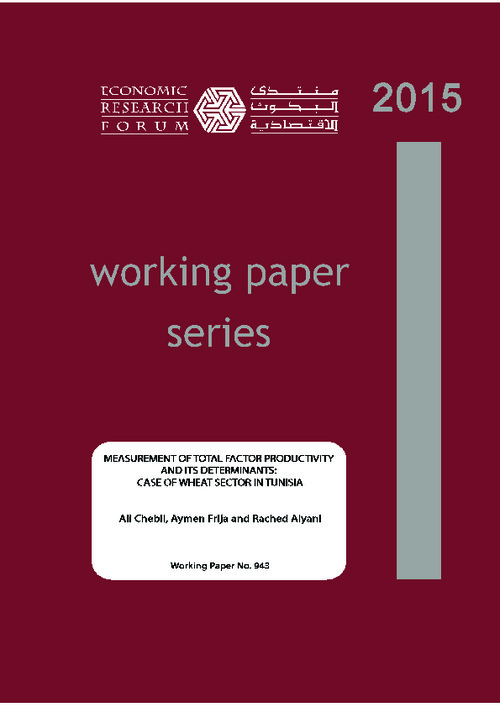 The main objectives of this study are to quantify the Total Factor Productivity (TFP) growth of the durum wheat sector in Tunisia and to identify its main determinants. The Malmquist index approach was applied for the calculation of TFP growth using one output (annual production) and four inputs (land, seeds, nitrogen, and phosphate fertilizers) for the period 1980-2012. Variables used to identify the main determinants of the TFP growth include expenditures on agricultural research and extension, share of irrigated durum wheat area with respect to its total cultivated area, drought index, and infrastructure development in rural areas. Almon distributed lag model is used to assess the impact of the research expenditures variable. Empirical results show that TFP grew with 1.9% per year, in average, during the study period 1980-2012. This average growth rate was highly variable: 5.9% for the period 1980-1991; - 2.2% for the period 1992-2002; and 2.07% for the, period 2003-2012. TFP growth was mainly generated from technical change during the first period (1980-1991), and from technical efficiency change during the last period 2003-2012. Results also show that changes in the TFP growth have been mainly related to the R&D expenditure lags, and drought.