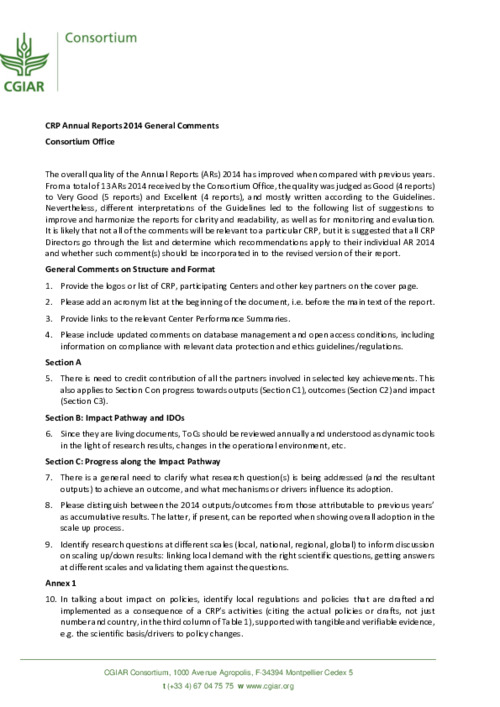 The overall quality of the Annual Reports (ARs) 2014 has improved when compared with previous years. From a total of 13 ARs 2014 received by the Consortium Office, the quality was judged as Good (4 reports) to Very Good (5 reports) and Excellent (4 reports), and mostly written according to the Guidelines. Nevertheless, different interpretations of the Guidelines led to the following list of suggestions to improve and harmonize the reports for clarity and readability, as well as for monitoring and evaluation. It is likely that not all of the comments will be relevant to a particular CRP, but it is suggested that all CRP Directors go through the list and determine which recommendations apply to their individual AR 2014 and whether such comment(s) should be incorporated in to the revised version of their report.