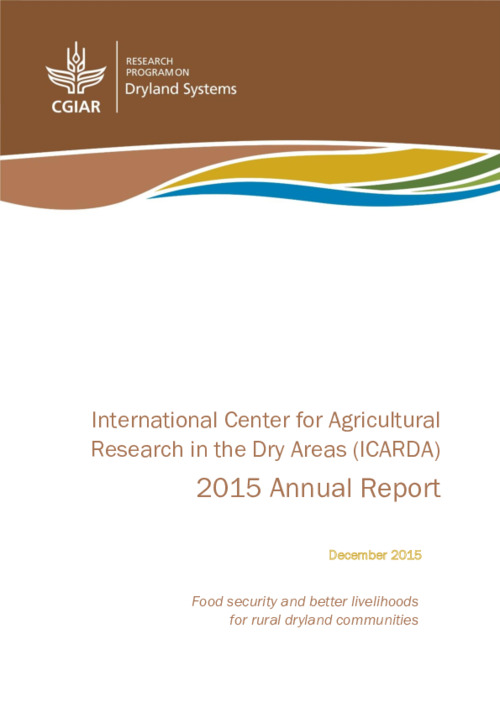 Several notable outcome stories originated from activities carried out in Fergana Valley and Aral Sea action sites. These are highlighted below in brief. Increased awareness and application of conservation agriculture among producers. Promotion of conservation agriculture in the pilot area has received new impetus with steady increases in fuel and fertilizer prices and by providing opportunity to integrate food/feed legumes into cereal cropping system along with promising water saving benefits. These were the 'weakest links' for a farmer to address in order to diversify crops and cover input costs in an environment where irrigation water insecurity poses risks to invest and generate sufficient incomes. As a result area, within 2015 under CA reached 50 ha. Farmer network of forage seed growers using no-till in Uzbekistan. Forage crop seeds and associated production of forage for livestock feed is persistently undersupplied, particularly during off-season when demand for feed is high. For major food security crop such as wheat, the governmental agencies play major role, however most other seeds including forage seeds are still imported from abroad. Farmers have been organized to build a seed grower network to produce forage crop seeds of six salt and drought resistant crops using no-till. The seed material produced is pooled for bulk-scale supply to forage farmers located in neighborhood. Through this activity the network of farmers have produced 2 tons of seed of improved varieties of forage crops and plan to distribute to small farmers for seed multiplication for out-scaling in 2016. Rural women learning alliance. Living conditions for rural communities inhabiting the small villages around the Aral Sea area in Uzbekistan have been exacerbated by a combination of climate change and land degradation factors. Seminars covering different aspects of alternative forage crops for animal feeding in winter, as well as a popular master cooking class on preparation of food recipes from non-traditional nutritious crops were inspiring for about forty-five (45) women farmers who decided to create a Rural Women Learning Alliance in order to join forces with the scientists and with each other to identify and promote strategies for diversifying household incomes through cultivation of non-traditional crops. The cultivation of halophytes in combination with forage biomass or remains of traditional crops after harvesting represents a critical innovation in the cattle feeding system in this Aral Sea region. Introducing mungbean into the crop rotation has increased the existing wheat-cotton based cropping intensity (CI) to 150%, in the Fergana Valley. Mungbean cultivation improves the soil health through nitrogen fixation, thus reducing the cost of fertilizer application for farmers allowing them to earn additional income of USD 683/ha from wheat seed production and USD 1900/ha from mungbean seed production. These results prompted project managers to conduct a capacity building activity for wheat and mungbean seed producers, on production of quality mungbean seed by providing them technical information and field demonstrations of the technology. Substantial additional income from wheat-mungbean rotations using short duration improved varieties of mungbean is changing the mind-set of the farmers to adopt this technology. Policy makers are considering allocating additional farmland under wheat-mungbean annual crop rotation, which will increase CI to 200%, and expand this technology to other parts of Uzbekistan.