Modeling Farmers’ Adoption Decisions of Multiple Crop Technologies: The Case of Barley and Potatoes in Ethiopia 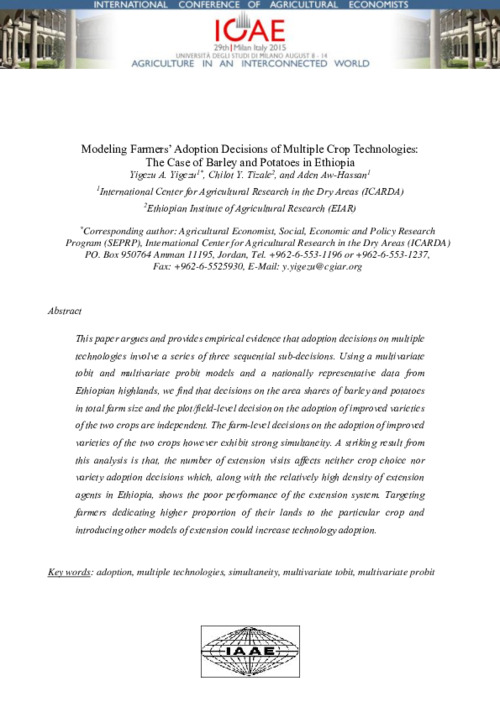 This paper argues and provides empirical evidence that adoption decisions on multiple technologies involve a series of three sequential sub-decisions. Using a multivariate tobit and multivariate probit models and a nationally representative data from Ethiopian highlands, we find that decisions on the area shares of barley and potatoes in total farm size and the plot/field-level decision on the adoption of improved varieties of the two crops are independent. The farm-level decisions on the adoption of improved varieties of the two crops however exhibit strong simultaneity. A striking result from this analysis is that, the number of extension visits affects neither crop choice nor variety adoption decisions which, along with the relatively high density of extension agents in Ethiopia, shows the poor performance of the extension system. Targeting farmers dedicating higher proportion of their lands to the particular crop and introducing other models of extension could increase technology adoption.