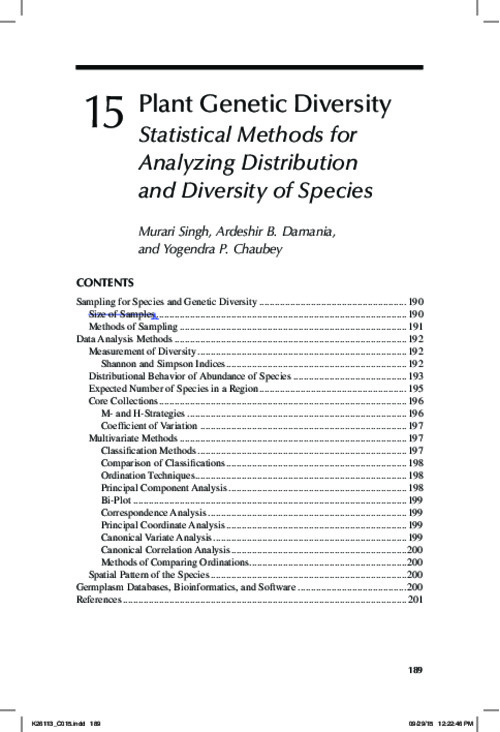 Availability of plant genetic diversity is fundamental to the existence of the living planet. Conservation of biodiversity has been a practice of all concerned professions, including farmers, since ancient times. However, the changes in environmental conditions and pressures from population and technological change have resulted in genetic modification, including replacement of landraces and erosion of genetic diversity. The relationship between loss of diversity and climate change has been well recognized with unprecedented higher levels of species extinction (Hooper et al. 2012). In order to minimize genetic erosion and capture diversity, a need for collection and conservation of biodiversity has been stressed in the Convention on Biological Diversity (Articles 8 and 9, CBD 1992), Agenda 21 (Chapters 14 and 15, UNCED 1992), and the Global Biodiversity Strategy (WRI et al. 1992), using several mechanisms such as in-situ, ex-situ, and in-vitro conservation. A number of references dealing with various aspects can be found in Guarino et al. (1995). Technical guidelines for germplasm exploration and collection including planning, methods, and procedures illustrated with real germplasm collection missions are given in Engels et al. (1995), whereas examples of planning and execution of a genetic resource collection have been given in Bennett (1970), Chang (1985), Damania (1987), and Kameswara Rao and Bramel (2000). This chapter discusses, in brief, statistical features of collection and analysis of data in this context.