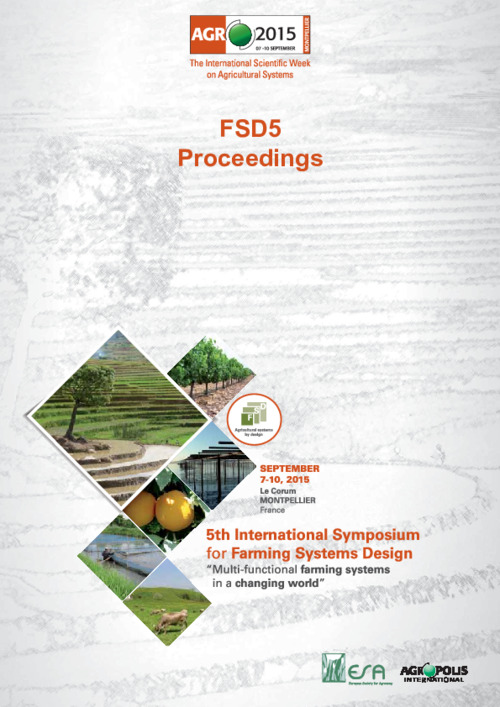 Cropping system simulation can address the complex and interactive nature of resilience and allows for biological (crop growth and development), physical (soil-water dynamics), chemical (soil carbon and N turnover), and managementrelated (e.g. crop choice, applications of nitrogen fertilizer, timing of sowing) aspects of resilience to be quantified. Soltani & Sinclair (2012) recently presented a non-calibrated, mechanistic, simple model, called Simple Simulation Model (SSM), which uses a generic approach for simulating the growth and yield of cereal and legume crops. The robustness of the legume and cereal versions of SSM has been demonstrated for a wide range of environments and various species including wheat (Soltani et al., 2013) and chickpea (Vadez et al. 2013). In cropping systems of the semi-arid Mediterranean region, variable and deficient rainfall and drought episodes are primary constraints to productivity. Under these conditions, maximizing water-use efficiency (WUE, defined as the ratio of yield per unit evapotranspiration) is critical. Hence the accurate prediction of soil-water dynamics and crop–water relations is required to identify management strategies that increase the use of scarce rainfall and its conversion into grain yield. We applied SSM to examine rotations including wheat and chickpea that are representative of rainfed environments of the southern and eastern Mediterranean.