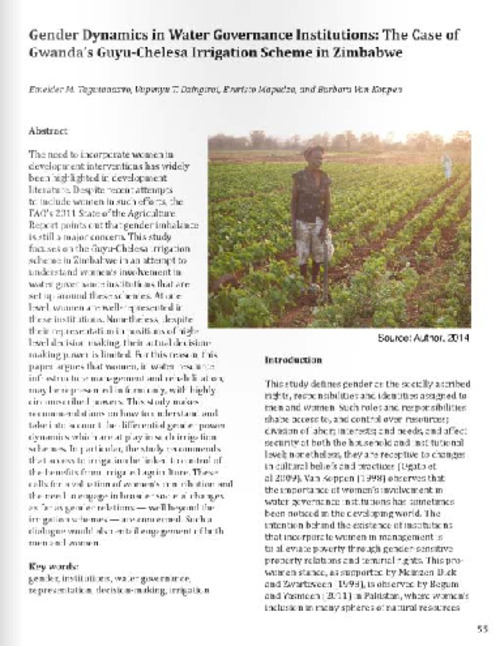 The need to incorporate women in development interventions has widely been highlighted in development literature. Despite recent attempts to include women in such efforts, the FAO's 2011 State of Agriculture Report points out that gendet imbalance is still a major concern. This study focuses on the Guyu-Chelesa irrigation scheme in Zimbabwe in an attempt to understand women's involvement in water governance institutions that are set up around these schemes.