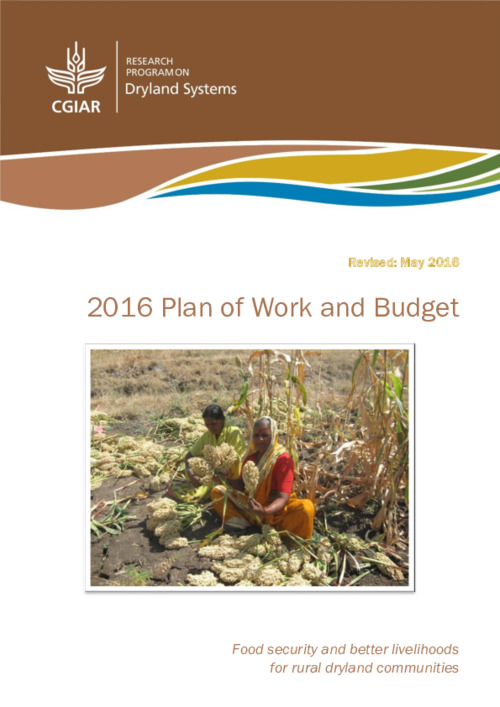 The 2016 Plan of Work and Budget (POWB2016) of the CGIAR Research Program (CRP) on Dryland Systems (hereinafter referred to as DS) was designed against a moving background of financial constraints that have seen the intended W1+2 budget fall from $ 10.5 million USD as envisioned at the start to 2015 to $ 2 million as determined by the CO Office in October 2015, thus leaving the CRP a limited budget to deliver outcomes and impact committed in the program proposal as it was being developed for 2016. This plan is thus designed with the W1/W2 funds only as resources to transit out of current activities. We note that the CO did not discuss the allocated resources to close operations with the PMU and ISC.