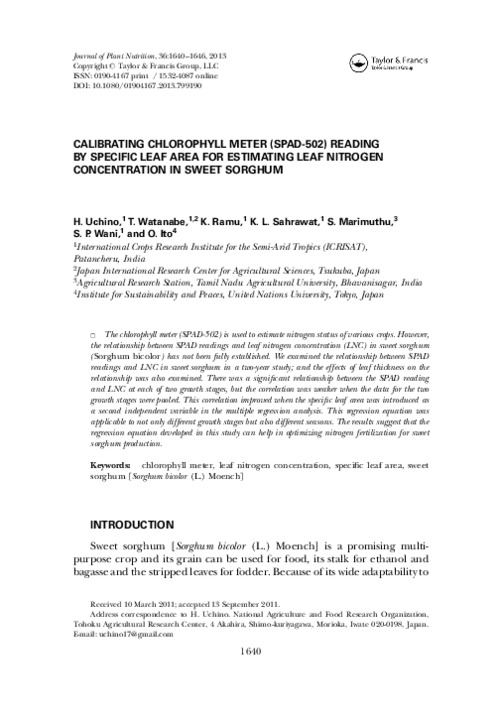 The chlorophyll meter (SPAD-502) is used to estimate nitrogen status of various crops. However, the relationship between SPAD readings and leaf nitrogen concentration (LNC) in sweet sorghum (Sorghum bicolor) has not been fully established. We examined the relationship between SPAD readings and LNC in sweet sorghum in a two-year study; and the effects of leaf thickness on the relationship was also examined. There was a significant relationship between the SPAD reading and LNC at each of two growth stages, but the correlation was weaker when the data for the two growth stages were pooled. This correlation improved when the specific leaf area was introduced as a second independent variable in the multiple regression analysis. This regression equation was applicable to not only different growth stages but also different seasons. The results suggest that the regression equation developed in this study can help in optimizing nitrogen fertilization for sweet sorghum production.