Simulation analysis of factors affecting sorghum yield at selected sites in eastern and southern Africa, with emphasis on increasing temperatures 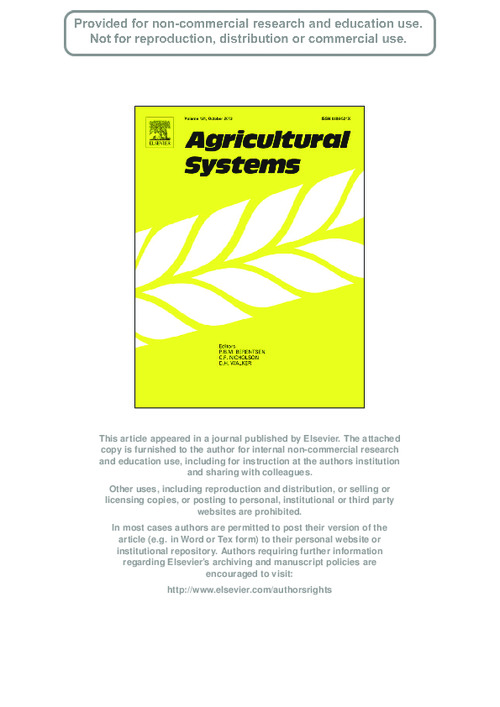 Global warming is widely predicted to decrease crop yields in tropical, sub-tropical and Mediterranean climatic regions as a result of a speeding up of phenological development and shortening of the time to maturity. We used a well-tested simulation model, APSIM-Sorghum, to evaluate the impact of temperatures +1 C, +2 C, +3 C, +4 C and +5 C above current temperatures measured over the past 50 years at four sites in eastern and southern Africa, namely, Katumani and Makindu in Kenya, Chitala in Malawi and Beitbridge in Zimbabwe, on the yield, aboveground biomass, transpiration and soil evaporation of short-, medium- and long-duration sorghum [Sorghum bicolor (L.) Moench] cultivars given, 0, 20, 40, and 80 kg nitrogen (N) ha 1. When fertilized with 80 kg N ha 1, warming temperatures decreased average yields at Chitala and Beitbridge and yields were unchanged at Makindu and Katumani, but with no added fertilizer average yields increased with increase in temperature at all sites except the hottest and driest site, Beitbridge, where the simulated yields decreased with increasing temperature. Simulation of the changes in soil organic carbon showed that the higher temperatures increased the rate of loss of soil organic carbon and increased nitrogen uptake at all except the driest and hottest site. A micro-dose (20 kg N ha 1) of added nitrogen increased the simulated yields by an average of 19% at Beitbridge, 36% at Makindu, 59% at Katumani and 72% at Chitala, considerably greater than any increase from increased temperatures. The use of longer-duration cultivars and lower or higher populations could not consistently be used to overcome any reductions in yield from warming temperatures. We conclude that low-input, small-holder farmers will not immediately have reduced sorghum yields as a consequence of global warming, but micro-dosing with nitrogen fertilizer will significantly increase yields even in the hottest and driest locations.