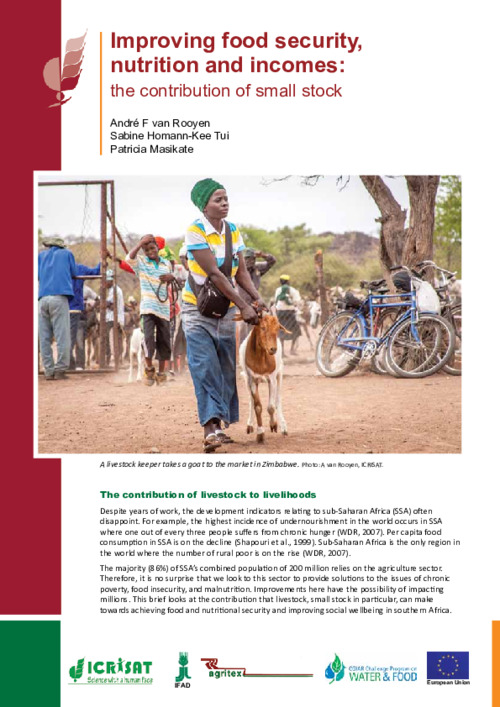 Despite years of work, the development indicators relating to subSaharan Africa (SSA) often disappoint. For example, the highest incidence of undernourishment in the world occurs in SSA where one out of every three people suffers from chronic hunger (WDR, 2007). Per capita food consumption in SSA is on the decline (Shapouri et al., 1999). SubSaharan Africa is the only region in the world where the number of rural poor is on the rise (WDR, 2007). The majority (86%) of SSA’s combined population of 200 million relies on the agriculture sector. Therefore, it is no surprise that we look to this sector to provide solutions to the issues of chronic poverty, food insecurity, and malnutrition. Improvements here have the possibility of impacting millions. This brief looks at the contribution that livestock, small stock in particular, can make towards achieving food and nutritional security and improving social wellbeing in southern Africa