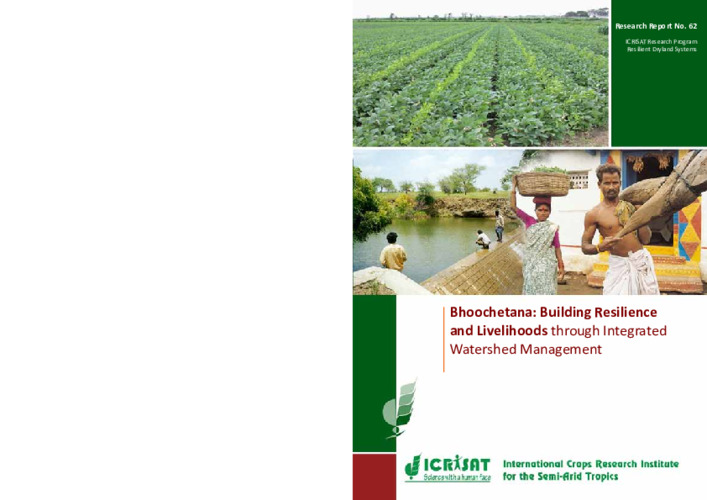 Rainfed areas are hotspots of poverty and malnutrition, and are prone to severe land degradation of natural resources. Globally, 80% of agriculture is rainfed providing 62% of the world’s staple food. With increasing population over the years, per capita availability and quality of land and water resources have declined substantially resulting to water scarcity. Agriculture is the major consumer of water, accounting for 7080% of water withdrawal. With the impacts of climate change, existing water and land scarcity will be aggravated further. Producing food for the ever growing population to achieve food and nutrition security, and improving rural livelihoods are challenges to be met today as well as in the near future. Agriculture is the major contributor in the growth of the state of Karnataka, India and is still the mainstay for a large number of population in the state economy. However, trends are showing that the agriculture and allied sectors’ contribution to Karnataka’s GDP was around 43% in 19801981 that came down to 26% in 20012002, which further came down to 16.8% in 20072008, remaining stagnant in 20092010. This declining contribution of agriculture in the state GDP was a big concern for the state government.