Beyond the state order? Second crop production in the Ferghana Valley, Uzbekistan 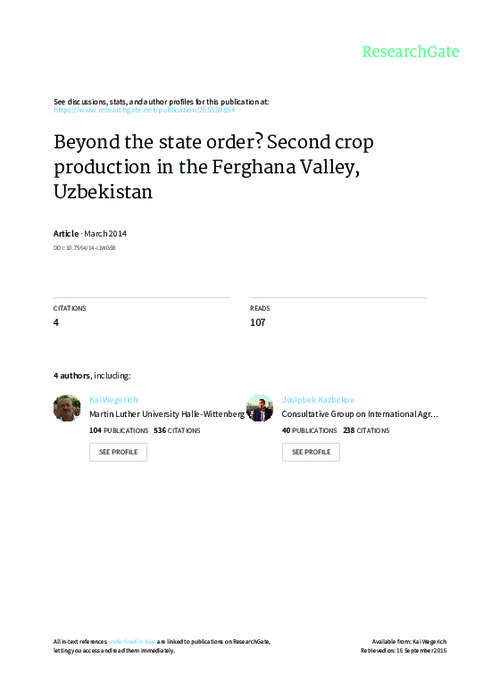 After independence in 1991, Uzbekistan introduced a policy on food security and consequently reduced the irrigated area allocated to cotton and increased the area of winter wheat. Shifting to winter wheat allowed farmers to grow a second crop outside the state-order system. The second crops are the most profitable and therefore farmers tried to maximize the area grown to this second crop. Although the second crops are the most profitable, only few studies have focused on this topic. Evidence is presented which shows that state control of crops has been extended from the main crops, cotton and wheat, to the second crops. Satellite images used for classification of main crops in two provinces of the Ferghana Valley for 2006–2011, highlight that the area utilized for second crops is dependent on the infrastructure that enables access to the water resource, not on the area’s position within the irrigation system.