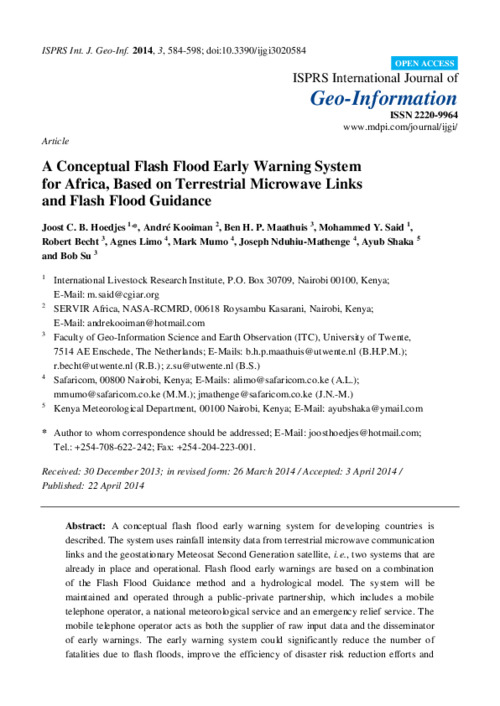 A conceptual flash flood early warning system for developing countries is described. The system uses rainfall intensity data from terrestrial microwave communication links and the geostationary Meteosat Second Generation satellite, i.e., two systems that are already in place and operational. Flash flood early warnings are based on a combination of the Flash Flood Guidance method and a hydrological model. The system will be maintained and operated through a public-private partnership, which includes a mobile telephone operator, a national meteorological service and an emergency relief service. The mobile telephone operator acts as both the supplier of raw input data and the disseminator of early warnings. The early warning system could significantly reduce the number of fatalities due to flash floods, improve the efficiency of disaster risk reduction efforts and play an important role in strengthening the resilience to climate change of developing countries in Africa. This paper describes the system that is currently being developed for Kenya.