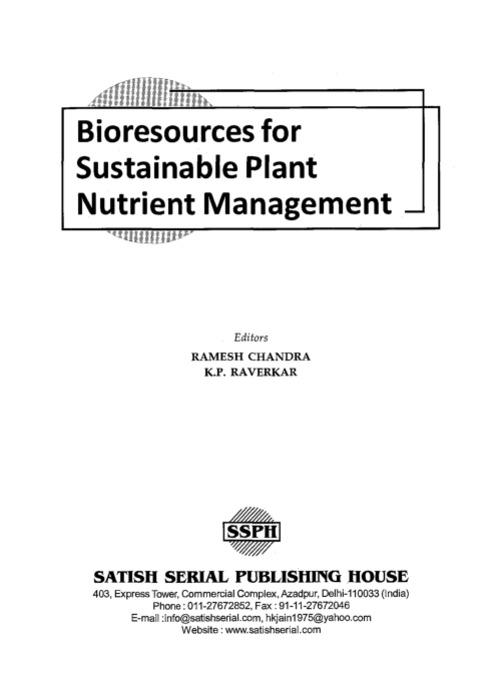 Producing more food sustainably from the limited and scarce land and water resources to feed evergrowing population of 9 billion people in the world by 2050 is a challenge for the human kind in the 21st century. Neither the quantity of available water or land has increased since 1950, but the availability of water and land per head has declined significantly due to increase in global human population. For example in India per capita arable land availability has decreased from 0.39 ha in 1951 to 0.14 ha in 2001 due to increased population from 361 million in 1951 to 1.02 billion in 2001 which is expected to rise to 1.39 billion by 2025 and 1.64 billion by 2050 with associated decrease in per capita arable land availability 0.1 ha in 2025 and 0.08 ha by 2050. Distribution of land varies differently in different countries and regions in the world and also the current population as well as anticipated growth which is expected to grow rapidly in developing countries.