The Chinyanja Triangle in the Zambezi River Basin, Southern Africa: Status of, and Prospects for, Agriculture, Natural Resources Management and Rural Development 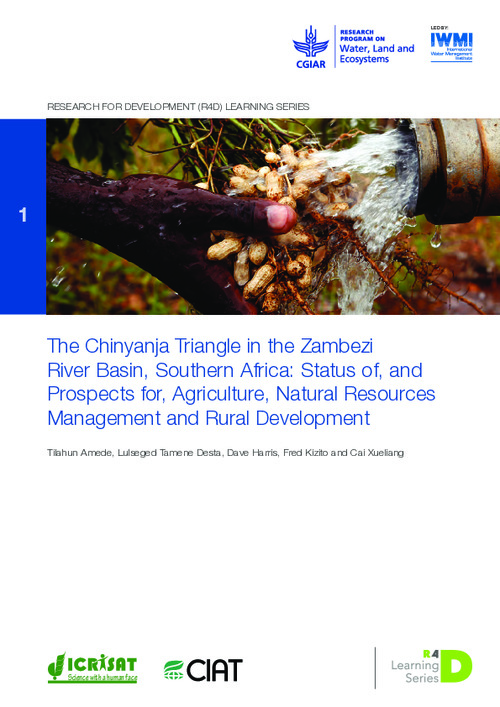 The Chinyanja Triangle (CT) is an area inside the Zambezi River Basin, inhabited by Chinyanja-speaking people sharing a similar history, language and culture across the dryland systems of the eastern province of Zambia, southern and central regions of Malawi and Tete Province of Mozambique. Chiefs and Chiefdoms play a critical role in decision making and influencing social relationships. The Zambezi River, which originates in the Kalene Hills in Zambia is joined by ten big tributaries from six countries, and is the major source of surface water in the triangle before emptying into the Indian Ocean. Dryland agriculture is the predominant source of livelihoods for over 90% of the rural population. This paper characterizes three distinct farming subsystems across rainfall gradients, namely maize-beans- fish, sorghum-millet-livestock and the livestock-dominated subsystem. It presents the socioeconomic characteristics, historical drivers of change, resources use and management (water, land, forestry) and the institutional disincentives affecting agricultural production and productivity in the region. The paper also attempts to identify major drivers of change, and inventorize key institutions in the region and suggests improved institutional arrangements for improving agricultural productivity, resilience and ecosystem health at farm, landscape and basin scales.