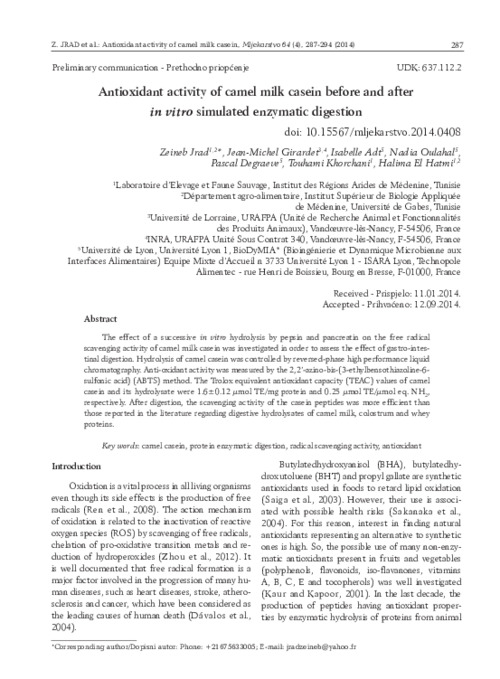 The effect of a successive in vitro hydrolysis by pepsin and pancreatin on the free radical scavenging activity of camel milk casein was investigated in order to assess the effect of gastro-intestinal digestion. Hydrolysis of camel casein was controlled by reversed-phase high performance liquid chromatography. Anti-oxidant activity was measured by the 2,2’-azino-bis-(3-ethylbensothiazoline-6- sulfonic acid) (ABTS) method. The Trolox equivalent antioxidant capacity (TEAC) values of camel casein and its hydrolysate were 1.6±0.12 μmol TE/mg protein and 0.25 μmol TE/μmol eq. NH2, respectively. After digestion, the scavenging activity of the casein peptides was more efficient than those reported in the literature regarding digestive hydrolysates of camel milk, colostrum and whey proteins