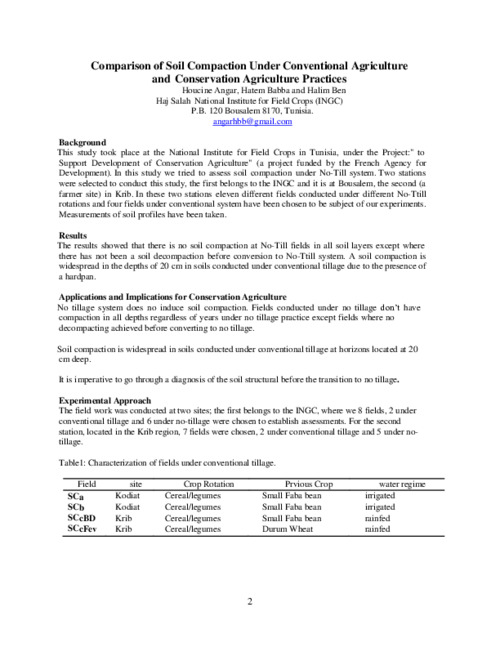 This study took place at the National Institute for Field Crops in Tunisia, under the Project:" to Support Development of Conservation Agriculture" (a project funded by the French Agency for Development). In this study we tried to assess soil compaction under No-Till system. Two stations were selected to conduct this study, the first belongs to the INGC and it is at Bousalem, the second (a farmer site) in Krib. In these two stations eleven different fields conducted under different No-Ttill rotations and four fields under conventional system have been chosen to be subject of our experiments. Measurements of soil profiles have been taken