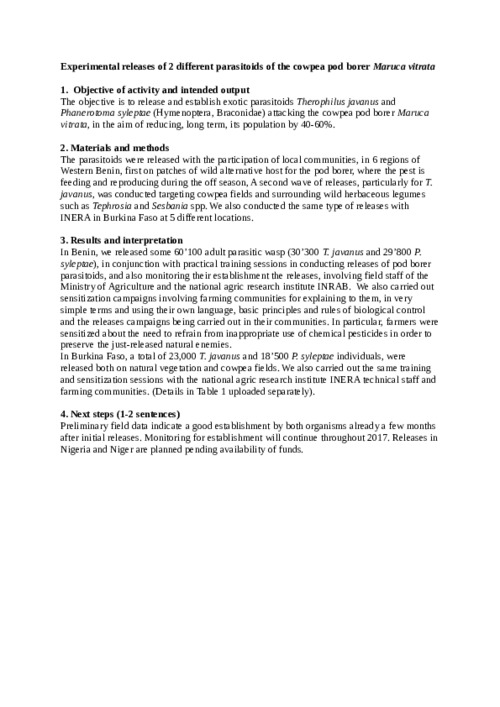 In Benin, we released some 60’100 adult parasitic wasp (30’300 Therophilus javanus and 29’800 Phanerotoma syleptae) which work in synergy by having two different modes of action, one being an ovo-larval parasitoid, and the other being a sturdier larval parasitoid which can detect the presence of caterpillars of M. vitrata inside flowers and pods of cowpea. The parasitoids were released with the participation of local communities, in 6 regions of Western Benin, first on patches of wild alternative host for the pod borer, where the pest is feeding and reproducing during the off season, ready to invade cowpea fields with the onset of the cropping season. A second wave of releases, particularly for T. javanus, was conducted targeting cowpea fields and surrounding wild herbaceous legumes such as Tephrosia and Sesbania spp.